“I did something kind of weird,” I confessed to one of my best friends in a drunken haze. I was visiting her in our sleepy college town–a place where we had found soulmates in friendships, but not in boys.

“What?” she replied, politely listening while trying to fight off sleep (I’m notorious for chatting all night while people are trying to go to bed).

“I told the universe I was ready for the big love. The man I’m going to marry,” I said with a dumb, inebriated smile on my face.

“Do you think it will really happen, though? Like, this soon?” she asked. A valid question.

Fast forward a couple short weeks, and that’s when I met him–Craig.

When I was in high school, I used to brag that I didn’t think I was cut out for marriage. I had multiple crushes on multiple boys at any given time, and although I wasn’t boy-crazy in the stereotypical sense, I definitely could always picture what was waiting on the other side. “I can see myself with lovers in different countries,” I would coyly say, so naive and totally unaware of what that would mean to my heart.

I fell in love my senior year of high school–that classic, puppy-love that Taylor Swift has penned much more magically than I ever could. Although it was never meant to last forever, it was my first real taste of what it mean to be a partner. I learned how to compromise (a lot more than I should have, honestly), how to balance, and how to grow with another person. Unfortunately, sometimes you keep growing while the other remains stagnant. After the initial shock of the big break-up, I was able to look back and see exactly what I wanted (and absolutely did not want) in future relationships.

The next few years were full of ups & downs with relationships of varying degrees–boys that made my heart do flip, casual first dates that kept my attention briefly before I moved on to the next, guys that made me pine for them, and fellows I would completely forget about over time. I always knew–no matter the dude–that it was never the official guy I was supposed to grow old with. I enjoyed my twenties immensely–meeting gentlemen (and assholes) that would make me a more self-aware person. Whenever something ended, whether it by my accord or another’s, I had the opportunity to reflect on mistakes, flaws, and opportunity for growth.

So by February 2012, I was ready. I had spent some time with frogs and I was ready for the prince.

And there he was.

But that’s not what I want to write about today (well, much about at least).

I want to write that to be so bold to believe in love is a powerful thing. My stories aren’t too unique–to me, maybe, but not in the grand scheme of things. We’ve all been hurt by people we cared about, and we have hurt others as well–it’s all about the human experience.

But if you had told me–the girl crying alone in her college apartment bedroom, the jerk blatantly avoiding text messages from a nice guy who was just trying too hard, the party monster who didn’t care about romance at all–that it would all lead up to the real deal, she may not have believed you. In fact, she probably would have resorted to that same 16 year old self who just thought that “marriage wasn’t for her”.

Marriage is totally for me. I just had to wait for the guy I was supposed to marry.

And I am freaking stoked. 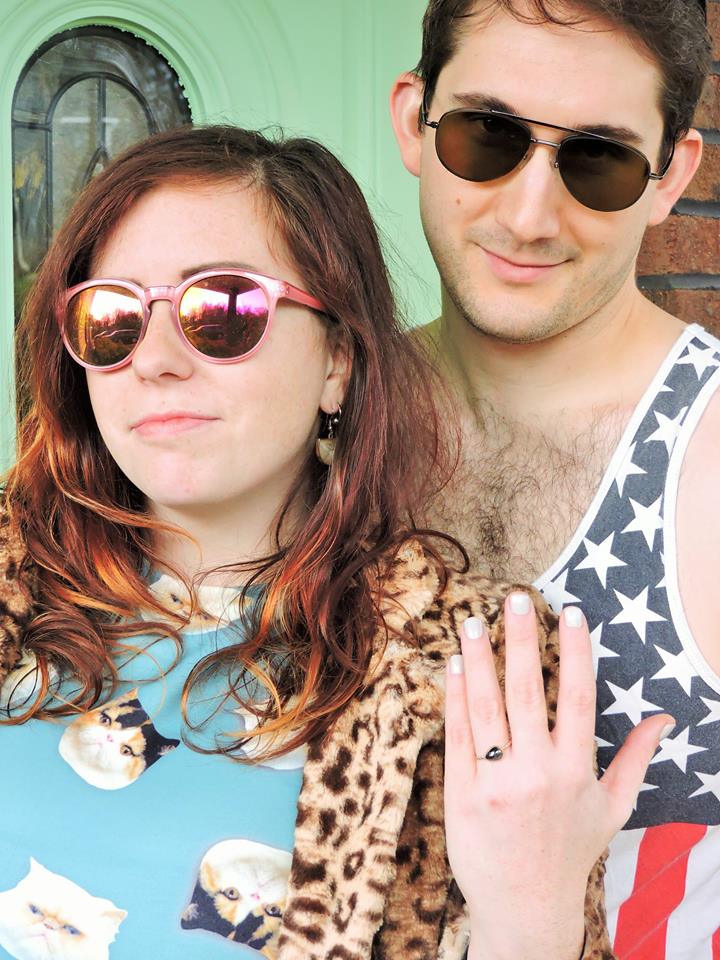 I write this not as a source of faux motivation (“You’ll find that dreamboat one day, girlfriend!”)  or even to humblebrag (“I think I probably found such a great guy because I put it out there”), but to say this: you’re not crazy if you believe in love. To believe in something that is so subjective, always evolving and changing, and in a world that tells you that it is non-existent…that isn’t stupid, it’s brave.

It’s way more incredible than the wedding colors we choose, the layout of our wedding website, or the details of centerpieces. It’s more important than the venue or even–gasp–the dress. Marriage isn’t just a one day event, it’s a marathon. And I believe in that marathon.

So, what can I say? I’m very happy, it’s true. I’m even a little nervous. But mostly I’m proud of the woman I have become–a woman who is not only totally ready to be a wife to an amazing man, but a woman who knows exactly how powerful those vows actually are. A woman who is complete without anyone else, but is committed and ready to be a lifetime companion to someone she loves. I’m thrilled that life has taken me here, to this moment & place.

And if you want to be in this place one day too, that’s absolutely wonderful. I truly believe you’ll get there. Just..be patient. Be open. And–most of all–delete all your exes’ phone numbers (sorry dudes I called randomly when drunk & bored–I think we’re all glad those days are behind me). You’ll get there, and I’ll be cheering you on when you do.

Got somethin' to say? Cancel reply